It was inevitable that I had to write this piece. Indeed, when Senator Joe Markley of Southington opened up the orifice of his empty head and vomited out the nonsense contained within not one, but two, anti-Hartford editorials, people didn’t ask me if I was going to fire back. They didn’t even ask me when. They didn’t ask me anything at all, they just assumed (correctly) that I was typically enraged and on the case. More than one person said something along the lines of “I can’t wait to see what you write about that asshole” without my having mentioned his editorials at all.

I choose to take that as a compliment.

The only delay in my response came from deciding whether or not I wanted to dignify Markley’s ignorant, anti-Hartford pandering with a direct response, or if I even wanted to provide a link to what he wrote and give him any more attention than he deserves. Which is none at all.

The latter question is easy. I’m not going to give his editorial any further attention. Instead, I will refer folks to Mike DeMauro’s excellent piece from The Day in which he responded to Governor Malloy’s refusal to take a strong stand on the XL Center renovations while clueless critics like Markley scream treason from the top of the mountain. (“Can We Fix Our Own Mess First?”, Mike DiMauro, The Day.)

His arguments aren’t worth rebutting. UConn can play all of their home games in Storrs? Even if it were true, which it’s not, the idea that it would be economically or morally beneficial to Hartford dwells somewhere south of the domain of absolute idiocy. The statement not only diminishes the 18 big dates the basketball programs play downtown, but betrays the fact that Markley is COMPLETELY UNAWARE that the hockey program, which has consistently been ranked either #1 or #2 in league attendance, and in the top ten nationally, has no suitable home rink other than the XL Center. Any long-term solution, whether in Hartford or elsewhere, involves an expensive state-funded arena being built.

Not only are his ideas wrong, not only are they stupid, but they’re entirely divorced from reality and the basic facts of the matter at hand.

I could continue to critique every stupid thing Markley said point-by-point (for instance, his description of a complete rebuild as “another facelift” that won’t be enough to “make the place work”), but I can save both of us a lot of time with this spoiler: all of his points lack any merit or factual basis. In the long history of terrible, poorly-researched anti-Hartford tripe that has spewed forth from the sewer of our local media, Senator Markley may have achieved peak lunacy. Never before has anyone cheered so passionately and cluelessly for their own demise.

The real problem with Senator Markley’s attempt to weigh in on this issue is Markley himself. He doesn’t represent Hartford, he represents Southington, to the extent that anyone with open designs on running for governor represent anyone other than themselves.

Yes, he is openly exploring a run for governor, which is really the crux of this very stupid campaign against a facility which is the cultural and economic driver of the capitol region. Markley  returned to the senate recently after a 24 year absence which was preceded by a single term served in the mid-eighties. He has no direct knowledge or experience with the XL Center, good or bad, to draw upon. He has no particular platform other than reflexively opposing Governor Malloy, and no particular concern for the merits of whatever issue may be at hand. I’m no fan of Malloy’s, particularly not the spineless defense of his own arena proposal, but Markley’s cynical pandering should be called for what is.

Delve into the comments section of any local news outlet’s page and you will see hordes of barely-literate, angry, terrified people screeching about Hartford. It’s dangerous, it’s an armpit, no one wants to go there, people are dying in the streets. For a significant group of people who live in the suburbs of Greater Hartford, there is zero comprehension that their own quality of life and economic well-being are in any way linked to their capital city. This is a dangerous and damaging mentality that has kept Connecticut spinning it’s wheels and slipping deeper into a pit of self-loathing for decades. This ugliness is conjured in a very calculated manner in both of Markley’s editorials.It’s absolutely disgusting that Markley has chosen not just to exploit, but to actively encourage Connecticut’s self-hatred for his own political gain.

Fortunately for us, at the end of the day, Markley doesn’t matter. Southington is only one of 169 petty fiefdoms in this state.

The hipster new urbanists who moved to Hartford less than a year ago to become a big fish in a small pond? Their sense of entitlement notwithstanding, they don’t dictate our identity either. I have seen them unironically blather on about demolishing the XL Center without any clear plan other than bike paths and greenways, dropping vapid buzzwords like “placemaking” and “soulless concrete bunkers”. The same goes for the crusty old leftist lifers who have gone crazy enough in their anti-ballpark frenzy to embrace the hipsters and their insanity. Interlopers and traitors the lot of them, callously disregarding the working class they pretend to champion.

You can gleefully cheer while deliberately expelling millions of visitors who spend a fair amount of money in downtown Hartford, or you can claim to care about the people whose livelihoods depend on those visitors. Choose one.

Money of course isn’t everything. The XL Center (or how I will always think of it, the Hartford Civic Center) is the heart of the region, the one thing which has always linked Hartford to the surrounding residents. At times it has been a tenuous connection, but even as public perception of Hartford plumbs the depths it continues to draw people into downtown. It belongs to us. It’s probably the only common space the Hartford region possesses which is truly seen as such. When Bruce Springsteen comes to town, or the Huskies ride in from Storrs, all 169 petty fiefdoms sit shoulder-to-shoulder in that old concrete barn, if only for a few hours. 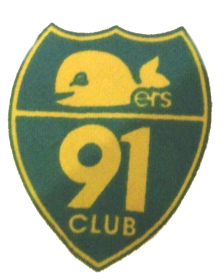 Perhaps what angered me the most was not Markley’s predictable nonsense, but that it was embraced by people who should know better. Historic Hartford, a Facebook page which should certainly know better, celebrated Markley as a great advocate for Hartford. Are the Whalers and the 91 Club not part of our history? The old barn, gifted to us by Aetna, saved by the Booster Club when the roof fell, and the place where a lot of us spent the most memorable days of our childhood, is suddenly devoid of meaning because it fails to fit into the hipster aesthetics of someone who hasn’t even lived here long enough to remember John Rowland?

This is the bottom line. Politically left, right, whatever, it doesn’t matter. What you think of Malloy is irrelevant. We live in a world where the largest economic driver and draw to the downtown region is this arena. That is a fact. There are many, many great things about Hartford and it is totally okay to find them more compelling than sports. But your personal preference for art museums or organic coffee shops or the theater doesn’t change the fact 15,000 people aren’t spending money downtown on a regular basis for any of those things, nor do they employ anywhere near the same amount of people.

The XL Center is a public asset. We are incredibly fortunate not only to have enjoyed the sort of good corporate citizenship that provided us with such an asset, but that the roots of the building were so well-built and large enough that they can provide the foundation of what is essentially a new facility for only $250 million.

Yes, $250 million is a lot of money. But it’s a lot less than the $500 million a new arena would cost under any other circumstances. There is no way out other than giving up. As just one of UConn’s basketball teams seeks its 11th national title, an arena stands between our world-class athletics programs and any real shot at a Power Five conference. NHL return? Not a chance without an arena. And if you choose to be a skeptic on the possibility of the NHL’s return, there’s still the matter of 50+ dates of AHL and college hockey that call Hartford home. The mechanical substructure which makes ice possible in Hartford is forty years old and barely working, five years is a generous estimate for it’s lifespan. That doesn’t give us a lot of time to get shovels in the ground.

Of course, giving up on Hartford is always an option. Let’s just not call it anything other than what it is.

The traitors among us have let their voices be heard. It’s time for the rest of us, and our leadership, to stand up for our city.

Mad as hell and want to do something about it? You’re in luck. There are two opportunities in the immediate future:

2 thoughts on “SAVE HARTFORD: Rebuild the Old Barn Now.”